When we invest, we allocate resources with the expectation of a positive return in the future. The time frame for investments can be anywhere from super-short term to very long-term.

A positive return can arrive in various ways. With some investments, the positive return comes when the sell the asset, because it has increased in value over time. Other investments are capable of providing us with a benefit while we still owe them, e.g. company shares that pay dividends or real estate that provide rental income. Some investments even do both, e.g. shares that both pay dividends and increase in value.

Generally speaking, investors are willing to take higher risks if the potential profits are higher as well. An investor might for instance be willing to invest early in a start-up company that is high-risk but also high-potential. 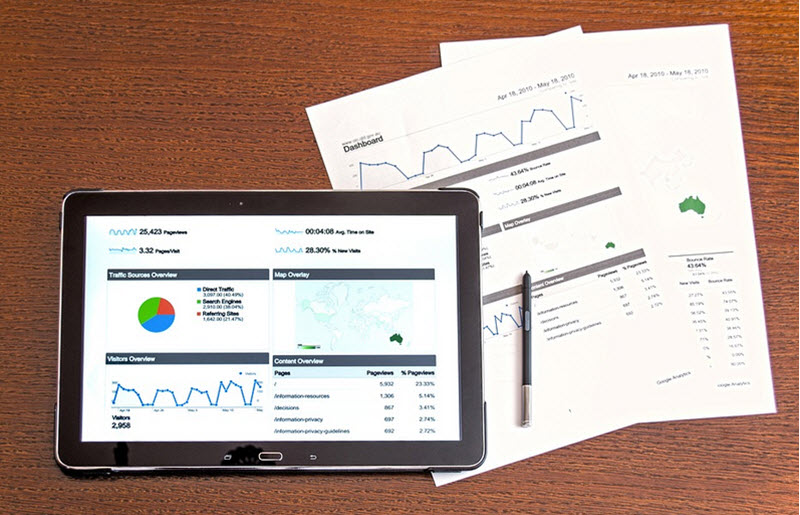 There are two main ways to profit from share investments:

The difference between trading is that trading is an active short term activity. Investing is a long time passive activity. If you invest in a stock then you will keep it for weeks, months or most commonly, years. If you trade the same stock then you will usually buy and sell the stock within a short time span.  You might even buy and sell the same stocks several times the same day. The practise of buying and selling the same financial instrument during the same day is called day trading.

Stocks, Mutual funds and ETF:s are the best options if you want to invest long term.  Blue chip and dividend stocks are especially good choices.  It is best to avoid penny stocks.

In a mutual fund, the money from the investors is pooled and used to invest together, e.g. buy and sell company shares in various companies. Investing in a mutual fund can help the investor benefit from economy of scale, diversification and professional management, but also comes with costs and a notable loss of control.

Mutual funds are very common in the United States and Canada, but also exist in some other countries. There are also countries that have similar, but not identical solutions available, e.g. the SICAV in parts of Europe and the OEIC in the United Kingdom.

Before you invest, it is important to decide if you want to invest in an open-ended fund, a closed-end fund, or a unit investment trust.

Hedge funds and exchange-traded funds are not mutual funds.

An exchange-traded fund (ETF) is a type of investment fund that is also an exchange-traded product. While parts of a mutual fund are sold directly from the issuer to each buyer, you can buy parts of an ETF from owners, at the stock exchange where the ETF is listed.

Investing in a SICAV

A SICAV is a collective investment scheme common in certain parts of Europe. The name SICAV is derived from the French language. It is an acronym for Société d’investissement à capital variable, which roughly means investment company with variable capital. A SICAV is fairly similar to a United States open-ended mutual fund. (A United States closed-end fund is instead more similar to a SICAF: Société d’investissement à capital fixe.) Examples of countries where SICAV:s are a common type of investment are France, Belgium, Luxembourg, Switzerland, the Czech Republic, Italy, Spain, and Malta. It is important that you check the rules pertaining to the applicable jurisdiction, because they are not the same in every country where SICAV exist, even though SICAV:s are now being cross-border marketed within the European Union under the UCITS directive.

Investing in an OEIC

The open-ended investment company (OEIC) is a common type of investment in the United Kingdom, where it is regulated by the Open-Ended Investment Company Regulations 2001.

An alternative name for the same thing is investment company with variable capital (ICVC).

Since the OEIC is open-ended, new shares will be created each time someone wants to invest in the investment company. The company will also redeem shares as requested by shareholders.